Mr. AWESOME Says Two Birds in the Bush Are Better Than a Bird In the Hand! 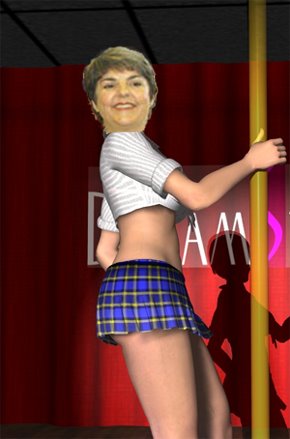 Another day and Awesome Brian has Another Brian Brain Fart™. Just look at this doozy:
"We will be called socialists"

It seems that Mr. AWESOME has not yet read the Constitution of the BC New Democratic Party:

a) the production and distribution of goods and services shall be directed to meeting the social and individual needs of people and not for profit,

b) where necessary, the extension of the principle of social ownership.

Knock, knock........ Hello Mr. AWESOME - if the NDP constitutes itself as democratic socialists and calls for social ownership of the means of production and says that profit is bad - What's dat? What is dat? The NDP calls itself socialist yet Mr. AWESOME doesn't want anyone else calling the NDP socialist. Awwwww.

You see folks, Brian never has been the sharpest knife in the drawer. Nothing wrong with that.

And here's another doozy by Brian:

"Panic sets in amongst the BC Liberals who immediately put the public affairs bureau into high gear. all these same clowns who attacked Carole James with vengeance have now changed their minds and are defending her."

You see folks Brian has no concept of politics. He lives in Politics 101 wonderland from 1969. Not that that's bad either. It might even be AWESOME! So here's the real deal on what's going on folks.

The Liberals just love the current dissension within NDP ranks. They have a new bounce in them now and love the focus of attention turning away from their HST debacle. The Liberals know the old axiom - "United we stand and divided we fall." And they now see public division within NDP ranks. And so does the public. And the public will now see that the NDP can't be trusted by ripping itself apart. And the NDP will start to drop in public opinion. And on it goes.

The public narrative and water cooler talk will now focus upon Carole James. From a Liberal perspective - What's not to like?

Once these fissures crack further open within the NDP - internecine warfare will develop. The NDP will rip itself apart with so many different camps in the party. And that's NDP internal history. The NDP will then continue in a downward spiral in public opinion. AWESOME Brian!

And who would replace Carole James but these second and third rate stringers?

1. Bonehead Mike Farnworth who has cried on TV too many times?
2. Adrian Dix with his false memo while Glen Clark's protege?
3. And good old Brian's favourite, John Horgan, who was a Glen Clark advisor - who no one has ever heard of?

The Liberals will dig up the garbage on these guys and paint them like the federal Tories have painted Stephane Dion and Iggy once they were elected party leaders. Brilliant Brian!

"Carole, you can take some free advice from the Straight Goods"

AWESOME! The Straight Goods that is.

""This Powell River Persuader will be "B.C. First Party`s" most staunch supporter and will promote and put your platform out there for all to see."

Stay tuned for another episode of ..... Brian Gough and the Straight Goods are AWESOME!

Posted by Herman Munster at 1:35 PM