His AWESOMENESS Is Just Awesome 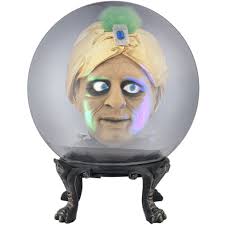 His AWESOMENESS has struck again. It's no wonder that AWESOME Brian was habitually outfitted in a Swami costume come every Halloween. It's because he had that crystal ball insight, that  "faster than a speeding bullet, more powerful than a locomotive, and able to leap tall buildings in a single bound" clairvoyant mindset.

Can you believe that! "I HAVE THE NUMBERS" said Brian.

But then Vaughn Palmer intervened and broke Brian's crystal ball by saying: "Brian...... Brian.... You're wrong as usual."

Stay tuned for another episode of ..... Brian Gough and the Straight Goods are AWESOME!
Posted by Herman Munster at 6:28 AM