Brian's Brain Farts - From the Mind of a Clown! 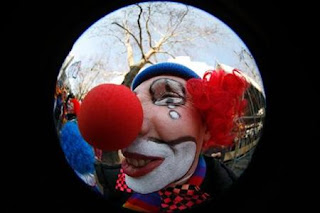 From the deep depths of the mental institution (lunatic asylum actually) where Brian resides... the medical orderlies permit good ol' Brian a computer laptop in his padded and locked room. It's called mental therapy folks.

Succinctly put Riddler! But we all still enjoy Brian's National Enquirer entertainment even though Brian's proverbial Dr. Sigmund Freud needs it for his own analysis.


Stay tuned for another episode of Brian Gough and the Straight Goods are AWESOME!
Posted by Herman Munster at 2:08 PM