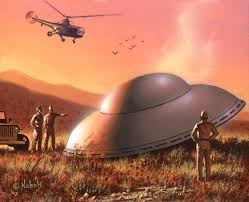 Ahhhh yes, good ol' Mr. Awesome had another Brian Brain Fart™ today that was sooooo big it stunk to high heaven. And good ol' Brian was sooooo far out in outer space on this singular doozy that he had to hijack an alien space ship just to make it back home. Imagine that!

And that's no mean feat either. Reliable sources tell us that Mr. Awesome has a secret ray beam eminating from his laptop, which derives its enery from his blog. Man, that's one wicked blog. Even the aliens were duped and taken aback allowing good ol' Bri to hijack their flying saucer.

Grant G says:
January 25, 2011 at 10:42 AM
HA HA…Baldrey not in the BC Liberal camp..You must still be looking for a paying gig Alex..
Either you are blind or stunned..Both is my guess..When you write shit for brains you insult all.
Baldrey is as partisan as is gets, for you to deny that makes you a flunkie.
Good day…AGT King of BULLSHIT

Ladies and gentlemen, please welcome the not always medicated but permanently deranged Brain Gough, lifter of spirits, as often as possible…when the medication wears off.

Pay attention Brian (BTW, how come you hide behind the name ‘Grant’

1) I already have a paying gig, I guess you aren’t paying attention.

3) I was only stunned once and she ignored me anyway, so it doesn’t matter….

4) I believe ‘Shit for Brains’ could easily be your tagline. How many blogs and news venues are you banned from now?

5) Baldrey is NOT partisan, but is he non-partisan? I think since English is clearly a second language for you, you might want to think about that first.


Grant G says:
January 25, 2011 at 1:00 PM
AGT..You Fat headed slimeball…Baldrey is a BC Liberal hack…You are one one stunned asshole..And I` am being polite ..your use of the English language and the zillion grammatical errors you make ….Your a little slow to edit.
This post of yours is a bust..Your Wrong…You praise Bill Good…Then he is vanilla…Then he is a “Great interviewer” according to you…
What side of the bed did you piss in today AGT…You are a hack, a bitter BC Liberal neo-con HACK with no JAM!
Go blow yourself fool!

AGT says:
January 25, 2011 at 1:27 PM
Uh, oh…someone ran out of those little pills and managed to get his straight-jacket loosened…

Reply
John's Aghast says:
January 25, 2011 at 2:22 PM
The contraction for “You are a little slow to edit” is “You’re a little slow…” NOT “Your a little slow…” When will they ever learn…
Same thing “Your Wrong” should be “You’re Wrong”. Not quite a zillion, but it is a start.

Stay tuned for another episode of.... Brian Gough and the Straight Goods Are Awesome!
Posted by Herman Munster at 12:26 PM